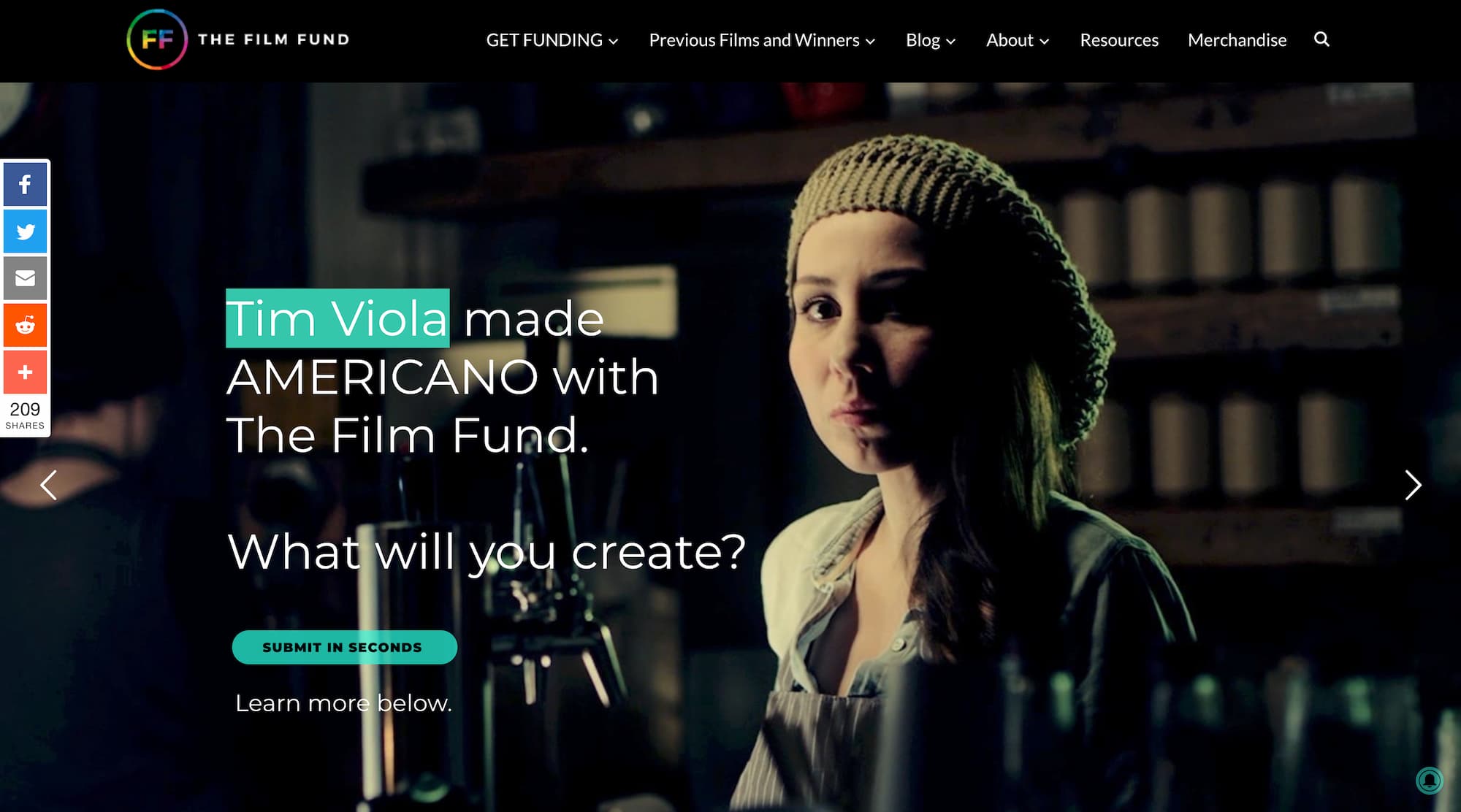 Founded by Thomas Verdi and featured by Sundance Institute, Tribeca Film Institute, Film Independent, and more, The Film Fund serves as a simple film funding platform for short films. Filmmakers write one sentence describing their short film, and they can receive up to $10,000 to make it. Verdi also has plans to expand the project to fund feature films. You can learn more about The Film Fund here. Short films funded by The Film Fund have garnered over 100,000 online views.